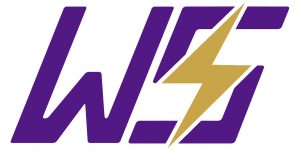 Washington Superbike is a student engineering organization at the University of Washington with the goal of becoming the first team from the United States to compete in the electric category of the international motorcycle racing and engineering MotoStudent Competition held every two years in Aragon, Spain, along with the AHRMA Formula Lightning Varsity Challenge where we race our competition bike against a field of professional grade zero-emissions motorcycles.

The majority of our team comprised of dedicated, hard-working students, many from the Mechanical Engineering, Aeronautics and Astronautics, and Electrical and Computer Engineering Departments, who work on this ambitious project in addition to a full course load. Our well-rounded roster also includes talented students from the Paul G. Allen School of Computer Science and the Foster School of Business.

WHAT DO WE DO?

In 2009 the MEF decided to start a motorcycle engineering competition where engineering students from universities across the world could design, build, and race prototype racing motorcycles, and Motostudent was born. Motostudent is divided into two competition categories: petrol and electric. The bikes raced in the competition are similar in size and weight to a moto 3 bike generally weighing between 95 – 120 kg without the rider. Top speeds generally achieved during the competition are just over 160 km per hour.

The Motostudent competition scores the design of the vehicle as well as its race track performance. A large part of what we do is detailed design work, analysis, and documentation all in accordance with good engineering practices established by the competition. In addition the Motostudent competition requires us to design our motorcycle with the intention of being marketable and manufacturable making design decisions driven by more than performance alone. The final event of motostudent for the electric class is an exciting five-lap wheel to wheel race around the Motorland Aragon track in Spain. The electric competition is where Washington Superbike will en

In 2013 the AHRMA founded a motorcycle competition known as Formula Lighting and the Varsity Competition which is designed for high-profile colleges to make entries with their zero-emission motorcycles. The competition currently enlists four schools making Washington Superbike and the University of Washington the fifth school to participate in the competition. The AHRMA Formula Lightning competition bikes follow a general guideline that is similar to the MEF Moto Student competition standards. The scoring for the competition is also based on position in the individual races of the current season.